Wine tour to the friaul region

Wine tour to the Friuli region

Christopher Weckler, F&B Director of the east Group, tells all:

A wine tour around the Friuli region, to the “Le Monde” vineyard and Venice.

Christopher, you went on a wine tour in the Friaul region at the beginning of October 2014. How did this come about?

“We’re frequently offered wine trips due to the fact that we sell a large amount of wine. We don’t accept many of the offers as the product or the destination are usually already familiar to us. They are organised by the respective agency or winemaker. It’s a way of broadening our horizons and closing some good deals at the same time.

The wine from the “Le Monde” estate is available in clouds, where it has been a resounding success. CWD, an exclusive partner that is permitted to supply clouds, invited us on this trip as a way of saying thank you for our successful sales figures.”

“You get asked whether you have time and then the agency books the flights. Everything is organised for you. You don’t know anything about the schedule but you just sit back and enjoy it.”

Christopher flew to Venice via Stuttgart together with colleagues from “Henriks” and the “Wasserschloss”. Together they started off visiting several different bars and trying out the wines, before heading off to the vineyard itself.

Christopher has viewed several vineyards for east over the last five years. As well as wine regions in Germany he has also travelled to Italy, Portugal and Spain.

“Venice is more exciting than the Rheingau region,” he says laughing!

Christopher has never been to the “Le Monde” vineyard before, which is 84 km from Venice. Venice attracts more than 20 million tourists every year.

What do winemakers in the region focus on?

“Many favourably priced wines come from the Friuli region, as well as barrel wine for wholesale, and sparkling wines for food retailers like Prosecco. This large-scale production is often low in quality and not much effort goes into cultivation of the grapes. “Le Monde” bucks this trend, producing high-quality, original wines. They only grow those grape varieties that are native to the region and good for the land. “Le Monde” cultivates salmon-coloured Pinot Grigio, for example. This colour is sapped from the skin over longer standing times. It tastes sensational, has a superb quality and the price-performance ratio is very good considering all the hard work that goes into its production.”

“I can’t tell you that for certain yet, but it is probably going to be a standard year. The quantity and yield were similar to 2013. The quality is certainly consistent.”

What else do you get up to on a wine trip like this?

“As well as having in-depth discussions with the winemakers, sharing experiences with colleagues is also very important.” Christopher talked with Dirk Pauleweit from “Henriks” and Patrick Stüben from the “Wasserschloss” until 4 in the morning. “The evenings on wine trips tend to go on well into the night. Then at 8.30, after about four hours of sleep, it’s time for breakfast again.”

What did you bring back with you for the east GROUP?

Up until now we only had one Sauvignon Blanc listed in clouds. We tasted many different wines and brought two new ones back with us: an absolutely delicious Chardonnay and a red, a Cabernet Sauvignon.
“Salute” and see you in clouds!

As F&B Director of the east GROUP, Christopher Weckler holds overall jurisdiction of the restaurant management in east, clouds, coast Hamburg and on Majorca. “What is there to eat and drink” is the central question he deals with. In other words, Christopher makes sure everything runs smoothly in the various outlets, as well as being responsible for introducing new trend drinks and spirits to the menus. There is a big focus on wine in the east cosmos. The demand for wine and the revenues it involves as a results are very high and that makes it a key aspects of restaurants in the east cosmos. 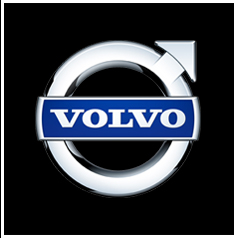 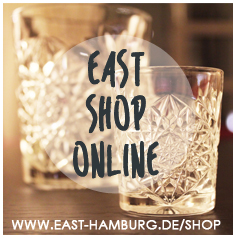 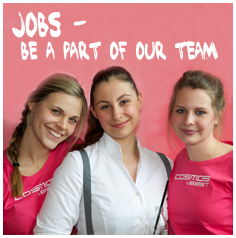